Megan Markle got engaged to Prince Harry last November, since then, pretty much anything the woman has worn has instantly sold out.

What this woman has done for British and American fashion labels over the last year is incredible.

Likened to the ‘Kate Effect’ but on a much bigger scale!

The girl has style. I admire it and I will not lie, I have googled quite a few of her outfits. I have found most of her clothing can be purchased on Net-a-Porter.

Among my favorites are that now famous green self-portrait dress and these Finlay of London Percy shades (pictured below). 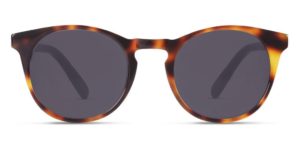 Some of the designers she has worn so far include Burberry, Jason Wu, Altuzarra, Theory, Veronica Beard, Self Portrait, Strathberry, Chloe, to name just a few.

But, I have to admit, I’m slightly devastated that her most recent appearance at a Garden Party saw the Megan Markle sparkle dull. Wearing the label Goat, which the Duchess of Cambridge has been seen wearing on multiple occasions.

I loved the edgier, funky slightly hippy vibe Megan had going on. Her most recent look was a lot more polished and I guess ‘royal’. I mean, she even wore stockings, in summer, which the royal family do wear all the time, but we haven’t seen Megan adhere to this rule until now.

She is a member of the British royal family now after all. I just hope she doesn’t lose her identity to ‘The Firm’.

Shop some of Megan’s looks below (Affiliate links):