So recently, I decided that with a few photo shoots coming up, I’d finally take the plunge and get my first set of hair extensions. Before I took the plunge, I’ll admit, I did a lot of research. I didn’t grow hair until I was nearly 4 (Yes, I looked like a boy) and my hair is quite fine anyway so you can imagine I’m really fussy about which extensions I’ll use. I’ve used clip in’s for years but in my own defense I’ve always wanted and even dreamed of having lovely long flowing locks which just doesn’t happen when you have fine hair like mine.

I’ve heard so many stories about people having to shave their heads after having permanent hair extensions put in so I did what any normal girl would do – I waited for and watched as a model friend of mine got hers in and taken out a couple of times so I could assess the damage…  I was pleasantly surprised to see there was none! Which of course, led me to get in contact with Anna in Hotlox Hair Extensions myself; I sent Anna a quick message on Facebook (where would we be without social media) and three weeks later I was sitting in her studio on Dame St, getting loxed. I was really worried that once I had them in, I’d run into all sorts of problems but the great thing about Hotlox extensions are that they are 100% real hair, so they feel just like your own hair and are so easy to style. Anna explained to me that once I looked after my extensions, I wouldn’t have any problems.

What did she mean when she said look after your extensions I hear you ask? Anna recommends washing your extensions 2-3 times a week. For a girl that washed her hair everyday, I was wondering how on earth I would manage this. I realized shortly after that I can easily wash the top section of my hair separately on a daily basis (Wahey Niamh).  Apart from this, when washing your hair, you can shampoo your whole head (as you would normally, I hope!) but only condition the ends. Then in the weeks coming up to your removal , you start using conditioner on the bonds which loosens them and allows for an easy removal.

My extensions should last for 3 months, which is when Anna recommends getting them taken out. She advised me that this is where most trouble starts with extensions and why they get a bad rep; Girls leave them in too long and don’t look after them.

And now for the BIG reveal; my before and after pics – 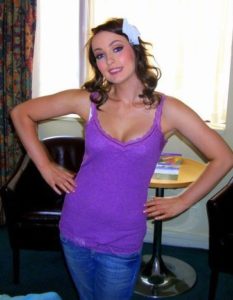 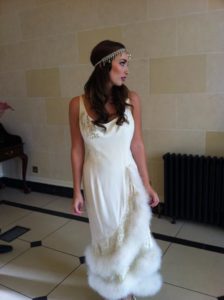 I know I’ll be back to Get Loxed!