Maverick Sabre Gig: I have to be up front and admit I have a vested interest in these social piccies.

While I LOVE Maverick Sabre, well his voice really- It’s so old skool!, he was hired by HTC, one of my clients, while working for The Keogh Partnership. He sang an amazing set on the night, exclusively for HTC. The event was ticket only in the Workmans club and punters could only get tickets by winning exclusive competition run in the media by HTC. Social pics were photographed by Evan Doherty.

The guest list featured a number of famous faces including former Miss Ireland, Emma Waldron, various sporting heroes and a number of media personnel including my great friend Ian, over at Threadhouse (Check him out for all the best menswear and events around Dublin!).

I have to also say that Maverick really was very lovely in person. I’m a big supporter of Irish music so to have a Wexford native hit the stage for a client was great as it’s not often a mainstream act that is so universally known is available to play an exclusive gig.

Lucky VIP winners on the night were treated to a meet and greet with the man himself before the gig. If I hadn’t gotten to meet him myself, I would have been very jealous!

The night was a great success, with the after party hosted in Wilde Bar Club and Venue on Sth. William Street, which went on until all hours! 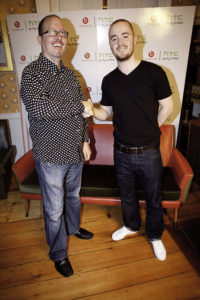 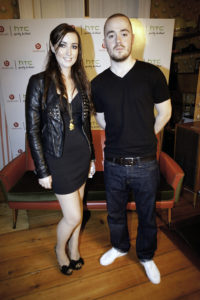 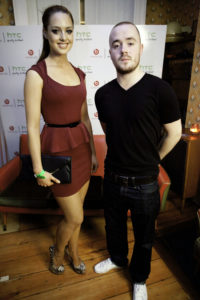