Pap smear. The dreaded nemesis of all women. I say all, because I don’t actually know anyone who enjoys them. Who wants to have their lady bits poked and prodded with medical instruments. NOBODY.

Last year, I was fortunate to receive a letter from Cervical Screening NSW stating that I had now been in Australia for over 3 years and was yet to have a pap smear.

To be completely honest, I hadn’t even given one single thought to having a pap smear. It just wasn’t on my radar.

The letter stated it was free and when I thought back on it, I realised I hadn’t had a pap smear since I lived in Ireland.

I booked an appointment with my GP and thought nothing more of it. The morning of my appointment arrived and Aunt Flo decided to visit. I rescheduled the appointment for 2 weeks time. At the time, I thought this is such a load of hassle. Is it really worth it?

Two weeks later, I arrived back in the GP’s, ready for my smear. I didn’t really give the process two much thought. The doctor explained that results would be back within a week and she would call if there were any problems.

I did get a call.

My results came back as CIN2. I didn’t have a clue what this was. The doctor explained that when pap smears are conducted, the cells they are looking for range from normal to abnormal. The abnormal cells are measured on a scale on 1, 2, 3 and cancer. Anything over 1 on the abnormal scale needs to come out.

I was referred for a colposcopy with a gynaecologist where a biospsy was taken. The results of the biopsy arrived two weeks later. I was informed I actually had CIN3 and it needed to come out straight away.

In October, I had surgery to remove the cells. Unfortunately, they didn’t get all of the bad cells. I have another appointment in Feb 2017 to discuss my options and the complications of having further surgery.

If I hadn’t received that letter from Cervical Screening NSW, I would never have thought to have a pap smear. It just wouldn’t have featured on my radar. It’s not something that’s discussed everyday.

You need to book a pap smear now.

In Australia, pap smears are being phased out to make way for the Cervical Screening Test. It’s actually the exact same process as a pap smear but the way they test it in the lab is different. Best of all, it’s all covered under Medicare.

I found that going through this whole process, I didn’t know anyone that had gone through what I was going through. That is, until I started talking about it. So many people I spoke to had similar stories but didn’t want to speak out about it because who wants to talk about their cervix?

If you have a cervical story share it. You just don’t know who you may be helping or reassuring by sharing your own journey. 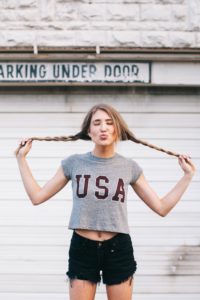